How many of us have tried the various shower mirrors?  Suction cup mounted mirrors, hanging mirrors, mirrors that get tied into your shower water, handheld mirrors… the list goes on.  They all have one thing in common – they don’t last and they fog up.  And that gets really frustrating when you are rushing to get ready and maybe the coffee hasn’t quite kicked in.  That’s how you end up shaving your eyebrows off by mistake…

ClearMirror has long been an industry leader in fog free mirror technology.  We’ve covered many of their products, including the Original ClearMirror, Shower ClearMirror and of course the BigSexy by ClearMirror.  One of our founding team members has the original Shower ClearMirror and won’t shut up about how great it is.  Check out his brief review of it.  The problem for most of us is these need to be installed at the same time you are building or renovating your shower.  You could theoretically cut them in later but you have to get power to them.

ClearMirror has finally fixed this problem with the introduction  of the NEW Clarity Wall Mount Shower Mirror.  It’s powered by a rechargeable lithium-ion battery and will attach to almost any shower wall, including your fiberglass unit!

“Clarity is the new luxury fog-free shower mirror that installs in any shower without remodeling. Using technology we invented 20 years ago, now you can shave in the shower with a fabulous looking mirror. Using 3M Dual Lock™ fastener technology, Clarity mounts on any smooth surface and can be removed for periodic cleaning. Do not compromise! Shave in the shower with an ultra-clear mirror that compliments your bath design. ” – ClearMirror Press 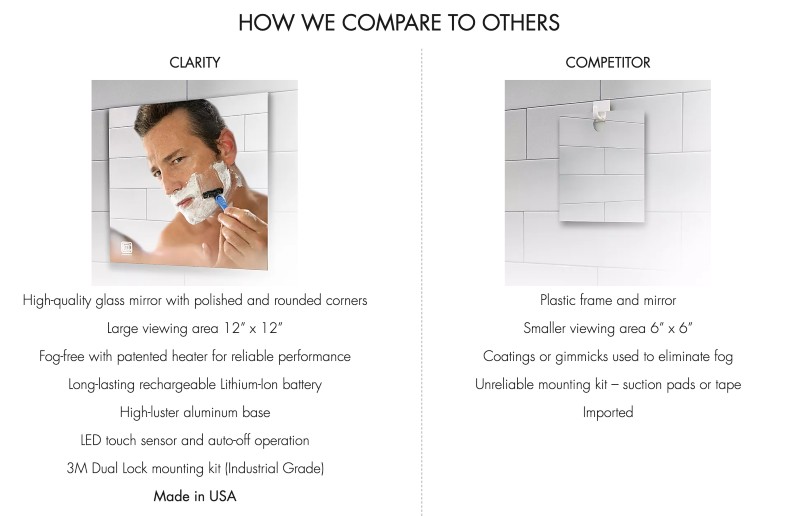 Fully assembled.
Mirror base mounts on tile surround with 3M Dual Lock.
Heater covers entire mirror back for safety back rating.
Li Ion battery pack is UN and UL listed for safety.
Clarity is UL Listed for use in showers and steam showers.
Made in America. Covered by a 1-year replacement warranty.

For more information visit them online at ClearMirror. 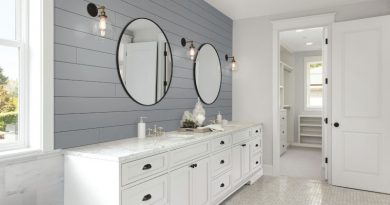 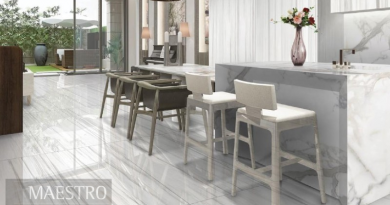